Is Vaping Bad For You

Vaping vs. Smoking It is imperative to commence every discussion relating to the health hazards of vaping with comparison to the smoking... 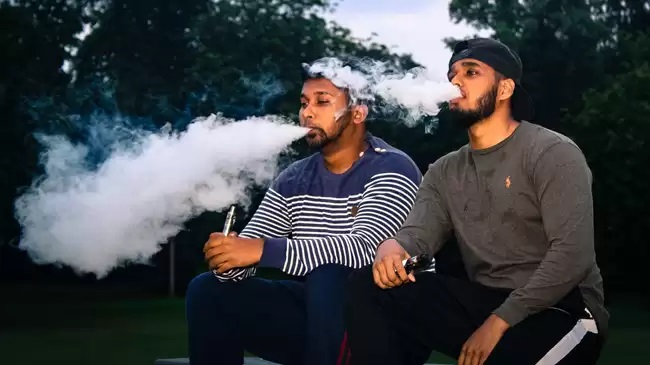 It is imperative to commence every discussion relating to the health hazards of vaping with comparison to the smoking of cigarettes. This is essential for a couple of reasons. Firstly, vapes have been manufactured with the intention of being a replacement for cigarette smoking with reduced possibilities of hampering our health. Secondly, given that a huge number of individuals are either smokers or ex-smokers, it is essential to compare vaping with smoking.

However, scientifically not many studies go for a direct comparison between smoking and vaping. It is nothing but an overlooked opportunity. It is a fact that smoking might cause lots of health hazards, but the question that arises is: “Is vaping bad for you?” How is it possible for vaping to affect your health? Apart from comprehending the safety features when it comes to vaping, it is of prime importance to know whether vaping is safer than smoking or not.

According to Public Health England, vaping happens to be at least 95% more risk-free as compared to smoking. They comprehend the fact that studying the hazards related to vaping is not enough since vaping is considered to be a replacement for smoking. Given that not many studies make use of a direct comparison, it is important to measure the available info on vaping against the available info on smoking cigarettes instead of doing it separately.

Is Vaping Hazardous for Your Heart Health?

Most of us accept the fact that once anything is inhaled into our lungs, there is always a possibility of risk and, preferably, individuals should try to lead a life devoid of smoking regular cigarettes or even vaping.

Despite the fact that vaping is considered to be safer as compared to conventional cigarette smoking, it nevertheless leads to some unwanted hazards for our heart health. Therefore, stay away from vaping in case you happen to be a non-smoker.

Some chemical substances present in the vaping products ( vape tanks, vape pen, vape kits and so on) out there can cause potential health hazards. Besides nicotine, the primary ingredients of the vaping liquids happen to be propylene glycol and vegetable glycerine, both of which are considered to be safe for usage in most of the consumer products (for example, food items, inhaled medications, kai, cosmetics as well as sweeteners).

We are ignorant of any long-term safety related to inhaling some flavoring items on the market because of the emergence of new flavors out there. Nevertheless, these are being monitored and evaluated for further information. In fact, scientists are continuing further studies to fully comprehend any long-term risk that can be caused by the ingredients present in the vaping liquids.

Can Vaping Cause Malignancy?

It is a fact that the DNA of a cell can be damaged or even mutated by toxins and this can result in malignancies eventually. It goes beyond control in the course of time. It’s possible for a tumor to remain local, or cancer can even spread while moving from organ to organ. Many individuals comprehend that lung cancer can be caused by cigarette smoking. In fact, this condition is responsible for the death of more American citizens than any other type of cancer, and the majority of the victims happen to be smokers.

Other types of malignancies can also be caused by smoking since cancers can develop not only in those areas which are in contact with the smoke but also from any smoke byproduct in our organs and bloodstream. The CDC (Centers for Disease Control and Prevention) has asserted that cancer can be caused by smoking virtually anywhere within our system.

Although scientists have discovered carcinogens in vapes, the possibility of cancer is quite low since the level of carcinogens is not that high. As per a study conducted in the year 2017 and published in the Tobacco Control journal, the possibility of malignancy related to vaping is same as the risk of using any pharmaceutical product such as nicotine patches – under 1% the cancer hazards of smoking. However, a genuine threat can be caused by only one byproduct of vaping which happens to be the carbonyls generated by overheating the vaping apparatus.

Other scientists have also come to identical conclusions. A study which was published in the Mutation Research in the year 2016 tested cigarette smoke as well as e-cig vapor regarding their ability to produce bacterial cell mutations. While the vapor was not found to be toxic or mutagenic, the smoke resulted in mutations and was likewise toxic to the bacteria.

Nicotine, either in vapes or cigarettes, or any other nicotine products, hasn’t shown to result in malignancy. Long-term research of NRT (nicotine replacement therapy), as well as Swedish snus users, does not depict any confirmed relationship between malignancy and nicotine.

According to the 2016 report of the Royal College of Physicians on e-cigarettes, the 5-year Lung Health Study on the safety of any long-term usage of nicotine in human beings in which participants were asked to make use of NRT for a few months and some went on consuming NRT for a much longer span of time, shows that there is no link between long-term use of NRT and the development of cancer or cardiovascular condition.

Is Vaping Harmful for Your Lungs?

Cigarette smoking will lead to significant harm to our lungs. In fact, esophageal and lung cancer can be caused by long-term inhalation of cigarette smoke, along with lethal lung ailments including chronic bronchitis, emphysema, not to mention COPD (chronic obstructive pulmonary disease) as well. However, what about vaping?

The loss can be affected in several ways by cigarette smoke. It consists of a huge number of chemical substances; in excess of 70 of them happen to be known carcinogens. It likewise consists of particulate substance – small pieces of burned tobacco as well as paper – which is deposited deep inside the lungs where they might be buried within the tissue. Vaping is not known to produce any known carcinogen in huge quantities which can be considered to be potential hazards, and it does not consist of any solid particle like smoke.

As a matter of fact, those things which are responsible for causing hazards to our health because of cigarette smoking are virtually absent in vaping. Given that vaping does not come with combustion, there is an absence of carbon monoxide or tar – which happens to be the primary hazards of smoking. Vaping makes use of heat from a coil for transforming e-liquid into a consumable aerosol. Although it appears like smoke, in reality, it isn’t. Having said that, vaping can lead to some potential hazards to our lung health.

There are some reasons to worry regarding the ingredients present in e-liquid: vegetable glycerin, propylene glycol, and flavorings. No serious study has been made on the effects of inhaling VG or PG on a daily basis for a long span of time, although comprehensive animal research of the inhalation of PG does not raise any red flag whatsoever. Although it has been found that PG can result in some minor irritation of the airways, it is nothing serious after all.

Are Flavors Detrimental to Your Lungs?

Although e-liquid flavorings can lead to some potential hazards, the subject has not been studied extensively until now. The majority of the flavorings out there happen to be a blend of some chemical compounds, and it is possible that several of them are quite detrimental for our lung health. Until recently, all these flavorings used stringently in those products were consumed, and not inhaled. Therefore, toxicology research has emphasized on depicting that there are no risks associated with consuming these flavorings. This is one area where research on vaping requires catching up.

A recurring headline regarding diketones such as diacetyl is that it is present in certain vape liquid out there. This particular category of flavoring chemical substances is deemed to be accountable for popcorn lung, a lethal condition which can be caused by inhalation in huge quantities. (Such as, like what happens to the workers in the popcorn producing facilities).

Despite the fact that diketones are not found in every single e-liquid, a study conducted by Dr. Konstantinos Farsalinos in 2014 revealed that acetyl propionyl and diacetyl are risks which can be avoided. After this, lots of manufacturers went on reformulating their products and getting rid of them. The rest started publishing their tests depicting the diketones levels in their products.

Diketones can be found in cigarettes as well, at 100 to 750 times the level of any e-liquid. Nevertheless, in spite of the fact that smoking damages the lungs in various other ways, it is not linked to popcorn lung whatsoever. Because of the comparatively large amounts of diketones present in cigarette smoke, the relatively smaller quantities present in vapes won’t likely cause any problem. This does not mean that it is safe to inhale diketones; however, it is now evident which one is safer, smoking or vaping considering the quantities present.

We like to conclude this article on “is vaping bad for you?” by asserting that one should stay away from smoking cigarettes as well as vaping so as to keep their heart in top condition. Do not start vaping in case you happen to be a non-smoker. Nevertheless, when it comes to cigarette smokers, vaping can prove to be quite helpful in quitting smoking. In fact, vaping happens to be a more affordable and safer alternative.

While those facts which are not yet known to us continue to be studied and evaluated for risk, vaping is a relatively less detrimental alternative to conventional tobacco smoking.

Bear in mind that in case you make a decision to opt for vaping, it is of prime importance to quit smoking the regular cigarettes completely – even a single day of smoking tobacco can enhance your risk of heart conditions.

Vaping is supported by the Ministry of Health government-funded smoking cessation services all through New Zealand. One can even access the vaping products from the outlets directly who are experienced and skillful users of vaping products, apart from having the knowledge of maintenance plus other technical info. 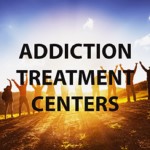 Get Admitted to Alcohol Treatment Center for Treating Alcohol Addiction